It's been nine months since the Bug left us. I don't know why that is significant, except that I carried her for nine months before she was born, so this feels like some sort of weird symmetry.

It really doesn't make me sad. It is just a time to mark, I guess.

Tomorrow, we make our annual pilgrimage to the county fair at dawn. Mr. Bean and I have done this every year for the last 23 years. Breakfast at the Grange cafeteria (which isn't actually run by the Grange anymore, but it's still the same in my mind), a leisurely stroll through the barns, the sound of roosters crowing, horses pawing to get out for a bit of exercise, 4-H kids sweeping and mucking and watering, the smell of fresh hay, announcements of upcoming auctions. There is a peace to the fair before the midway opens and the music starts. 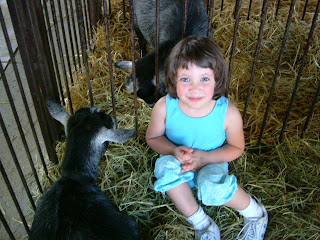 We will still go to the fair, however, because it is our time together. Sacred time that we do not violate. I had to back out on a weekend with friends, rather more at the last minute than I should have, because I realized too late that it was our fair weekend and it would get in the way of this time together.

Yes, I will repeat that.

In which we ask the question: What Would Jesus Do?

Lately, I find myself doing impressions of Rachel Maddow, without really meaning to.

I'm not sure if this means that I'm getting more cynical, or perhaps less tolerant, or as my mother would probably point out, that I'm letting my brain get the best of my manners.

As everyone on the planet has heard by now, a group in New York wants to build an Islamic community center in lower Manhattan, near the former site of the World Trade Center. Folks have their panties firmly knotted over this issue, either vehemently for it or vehemently against it, and have extended the debate into utterly ridiculous conjecture over whether or not our President has Muslim leanings that we all should be concerned about.

I made a comment elsewhere on the web today, that Al Qaeda is to Islam as the KKK is the Christianity. Hate is ugly, no matter who's spewing it. That includes the hate that we are hearing from those who so violently oppose this community center. There are those who would paint all Muslims as bad, because there were a few who chose to commit a truly heinous crime. But by the same token, the KKK purports to be a Christian organization, and those who do things like bomb women's clinics also purport to do so because of their Christian views. WE don't paint all Christians as terrorists. We don't ban Catholic churches within two blocks of the former federal building in Oklahoma City. Why not? Because we purport to be a "Christian" nation, and we "know" that not all Christians are terrorists. And never mind that terrorist groups are motivated by politics, money, and hate, none of which has very much to do with religion.

So I will suggest to all those who feel that a mosque within sight of the World Trade Center attacks is an affront to the dignity of the area: Let's follow our Christian guidance and ask ourselves,

What Would Jesus Do?
Do you think Jesus would march around with a poorly-spelled sign on His back? Or perhaps show up on Fox News and say that He is insulted that a group of people want to worship His father within sight of a building that was destroyed by people who have doubts that He was really the Messiah?

Here's a news flash: I think that the Muslim community feels as much pain about 9/11 as anyone else does; If one of your neighbors, or friends, or distant relatives (or even one of your close relatives) murders an innocent, do you not mourn the death and wish to make a gesture that helps to heal? If a community is injured, and seeks to rebuild itself, is this an affront to God? This community wants to convert an abandoned Burlington Coat Factory into a space where the beauty of their faith (and the Islamic faith is as beautiful as any I have seen, despite what the radicals would have you believe) can shine and help to foster healing and love and understanding.

We should embrace that, in my opinion.

If you stopped to ask yourself "what would Jesus do?", I think the answer is that Jesus would view this as an act of love and community and understanding..and perhaps contrition, and would greet it with love and understanding...and forgiveness. Can we imagine Jesus doing otherwise? No? Maybe we should give His way a try.

So long as we respond to those who are different with hate and suspicion, those who foster hate will win. And hate really does defile the memory of those we love.
Posted by Beanie at 5:00 PM 3 comments: Links to this post

Labels: Is this really MY life?, My unexpected political side

I think that, deep down, I must be a Luddite

If I borked your blog feeds, I apologize. It wasn't intentional. ;)
Posted by Beanie at 9:31 AM No comments: Links to this post

The experience of finalizing Daisy Mae's adoption on Tuesday was simultaneously momentous and anti-climactic, joyous and bittersweet.

Watching a judge sign a piece of paper and shake your hand is no where near as exciting as watching a doctor hand you a squirming new infant, but the squirming infant also doesn't look over at you and mouth the words, "I love you."

Still, no differently than the weeks following a wedding can leave one with a sense of satisfaction and relaxation, the days following an adoption leave one with a sense of peace and closure. We can plan now. We can look toward a future that does not including weekly check ins with state and county officials, lingering doubts about commitment, or rules that govern everything from where she spends the night to how often she gets her teeth checked.

It is very good to have this done. We can exhale, finally, at long last. It feels good.
Posted by Beanie at 9:03 AM 1 comment: Links to this post

It's not that I haven't had anything to talk about for the last 8 weeks. (Good lord! It has been 8 weeks, hasn't it?) On the contrary, many things have happened.

I had a fascinating trip to Ireland with Daisy Mae and ClevelandK8. Galway is like living in a Renaissance Faire. 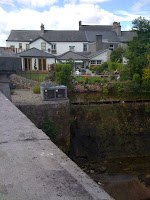 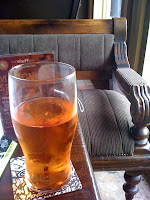 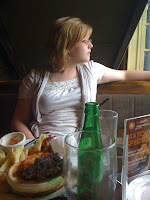 Dublin is like being in Piscataway, NJ, with better architecture. But just barely.


I went to Washington DC and got to hang out with people who have stars and letters after their names. I love these trips; all good news, big plans and restoration in faith in our government. It doesn't last too long, but it does give one a few ideas to work with.

I got a chance to try to bring together a group of surgeons who hate each others' guts as a matter of course. And they got along. And promised to work together.

All of that pales in comparison to yesterday.

Yesterday, I got to officially become a Mom again.

Yes, yes: I know that once you are a mom you never stop. But there's something about having someone in your house, calling you "mom" (or in my case, "mother"), that makes you actually feel like a mom.

It's been a long trip. We have endured almost unimaginable heartache along the way. But we made it. And it's worth it.

Take a look and see. 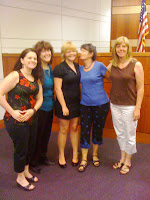 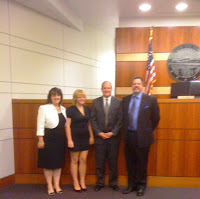