Random Existential Question of the Day

None of us knows the day and time of our own death, so theoretically, I'm told, we should all live like we can't be certain of tomorrow.

Few of us do; me included.

But most of us believe we have some reasonable number of years ahead of us and that most of us will have some advanced warning of declining health, so we plan around that. Some of us make better use of that time than others, and some of us leave the Earth with more regrets than others. Certainly nobody wishes they'd spent more time on paperwork or at the office, or wishes they'd hugged their kids fewer times, or gone on fewer adventures.

But what if you knew that your death would not be preceded by a herald?  If you knew that, when you died, it would be sudden, swift and would arrive completely without warning? And you had no idea when that would happen?

Yeah, you're still in the right place 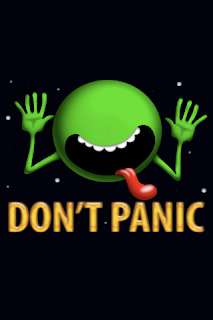 I just decided to update the theme.  It was looking dated.  Same stupid crap content is still here.  :)


Posted by Beanie at 3:20 PM No comments: Links to this post


“Fezzig, you did something right.”

You may have heard that the Cleveland Cavaliers won the NBA championship the other night.

I’ll start off by saying I’m not a basketball fan, except for sometimes enjoying the purity of a good high school game, where I care about the kids playing, or the occasional bracket-busting NCAA Cinderella story.  I greeted the return of King James to Cleveland with a yawn.  I’m sure that all makes me un-American at some level but there you go.

I’m a fan, though, of the City of Cleveland and the surrounding area that has been my home, on and off, throughout my life.

A lot (a LOTTTTT) has been written about the sports championship drought in this city, the “ya gotta be tough to live here” mentality of the residents, and the hardscrabble, “you’ll get nothing and like it” history of economic disappointment in this region. One more voice isn’t going to make much of a difference there.

Instead, I want to write about the power of a winning attitude and what it can do for a person, a family, a town.

This town isn’t used to winning. We expect to lose. Even when everything points to success, we anticipate failure, and way more often than not, we get it. Sports, business…hell, even our weather is crummy.  We live on the coast of the largest single body of fresh water on Earth, and we can’t develop a waterfront entertainment area. We are the second-poorest big city in the nation. Our malls are closing down, our population is moving out of the area.  The city, is literally, three times as big as it should be for the number of people living here.

And yet, there is a fierce pride in the people who live here. A sense that we are truly a community. A willingness to give one another a hand up. A sense of perseverance, of shared purpose. We don't give up easily, and we're proud of that. That pride has had a chance to show itself off a bit this year.  We are hosting a national political convention next month. Our downtown is growing and the population is moving back to the city. Our restaurant scene has been named one of the ten best in the nation. Our art museum (a true hidden gem) is celebrating its 100th anniversary this summer.  Our biotech investment environment has grown faster this year than just about any other in the country.

And today, we are celebrating a sports championship win. A hard-won victory that was borne out of that sense of perseverance and pride. It may not seem like a big deal to those of you who live in New York, or San Francisco, or Denver or Chicago. You’re used to winning.  You expect it. You’re cynical about it at this point.  But to a region that has become so accustomed to losing, this feels magical. It feels like the type of event that can take a region beyond the tipping point, to help it get juuust over that peak and make the next win come more easily.

It’s the type of event that lets the people who live here say “We are winners.  Look at us.”  And that feeling, that momentum, is contagious. I know it’s just a game, but this win is important for this city in a way that most people can’t possibly appreciate.

LeBron James appreciated it.  I gained a new respect for the man the other night, after watching him, I swear, break his wrist with 10 seconds left in the game, still take a couple of foul shots, and then break down, sobbing, on the floor of that arena when the buzzer went off and he and the rest of the nation realized the Cavs had won that game.  Doris Burke, the ESPN analyst (off-topic: does that woman ever smile?) asked him if this win was more important than his previous two championship wins.

He answered “Of course it is.  This...this is about my home. These people deserve this.”

He’s right.  They do.  And I’m looking forward to see what the combination of perseverance and a winning attitude will do for us here.

They're calling it BelieveLand today.
Posted by Beanie at 10:21 AM No comments: Links to this post